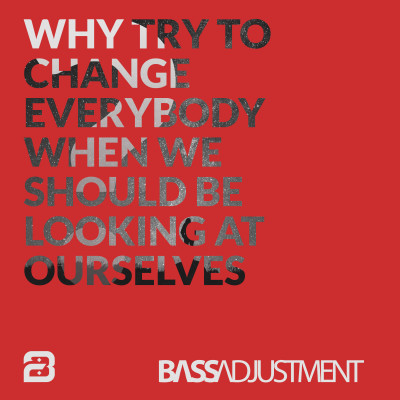 WHY is the brand new release by BASS ADJUSTMENT and flaunts its signature style of music, which has evolved from a blend of funk/acid jazz and explores a mix of house and electronica. With vocals by Corinne Bahia, the lyrics by Didier Uwayo & Raha Poostchi question the way “people assume that they are right in all their ways”…As the chorus goes:

“Why try to change everybody when we should be looking at ourselves? It’s quite absurd to imagine people pointing fingers at themselves”

Thematically reminiscent of Michael Jackson’s later works such as Man in the Mirror, The Earth Song or What About Us, WHY is yet another call to conscience and cements the unique niche that BASS ADJUSTMENT has been paving in world music.

Following an extremely successful 2015 with four new releases, one of which reached Top 3 in the Traxsource Soulful House charts (LET IN THE LIGHT – The Layabouts Remix), WHY promises to be a powerful start to the new year.